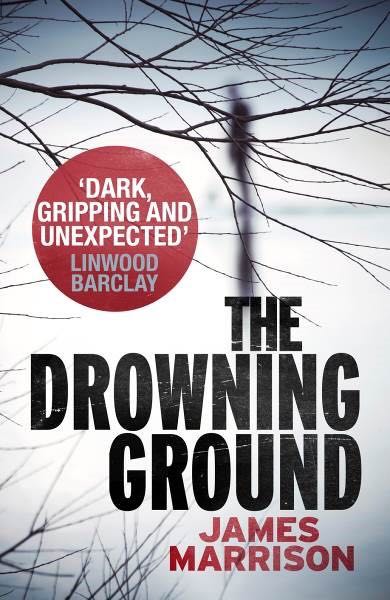 With the long, dark evenings closing in, I found had to occasionally pause my reading of The Drowning Ground to ward off nightmares at bedtime! Described as “dark, gripping and unexpected”, this debut crime thriller by James Marrison certainly had me turning the pages as I became sucked in by the fast-moving plot. Though the characters were a little two-dimensional, there was enough intrigue to hold my interest.

The novel introduces us to DCI Guillermo Downes (a man with an English father and an Argentinian mother) who has clearly experienced trauma during his time in Buenos Aires, but has now been mysteriously transported to a parochial police force in the Cotswolds. Joining forces with his new partner, Sergeant Graves, DCI Downes sets out to solve one grisly murder and the sinister disappearance of two young girls.

Despite my delicate disposition, I actually ‘enjoyed’ the descriptions of psychological horror, at least from an aesthetic point of view. During one scene, DCI Downes chooses to submerge himself in an old well at night-time to search for a corpse: “My lungs began to burn and ache. I felt the first beginnings of a rising panic as I sensed the terrible solidity of the bricks around me. But I kept searching. The tips of my fingers ripped through the weeds and slime as I pushed myself farther and farther down.” It was this point that I had to take a short break to recover my equanimity.

Although the descriptive language was evocative, I found some of the plotting uneven – Downes’ conclusions during the investigation occasionally felt forced and unsupported. The murders, however, were suitably disturbing with the requisite amount of gore and sensual horror for thriller fans. There were also chilling allusions to witchcraft, layered over a more clinical assessment of psychological disorder.

Predictably Downes is a bit of a misfit and suffers from a sense of personal dislocation: “How did I end up here, so far from home? For a moment the very idea that I was standing here, on this hill, in winter, seemed absurd.” Complying with the unwritten rules of crime fiction, his status as an outsider seems to qualify him to solve murder mysteries.

The novel never entirely resolves Downes’ backstory, including flashbacks to Argentina, so evidently the author has a few other instalments up his sleeve. The relationship between partners Downes and Graves (the engine that drives many a detective series) is not fully fleshed out and I suspect that James Marrison will have to establish a more convincing rapport between these two if he wants to launch a literary franchise.