Firstly, let me apologise for my title, The road less travelled. Plenty of people visit the fantastic regions I am about to write about, but the thing is that many of these people are not native English speakers. And I’m not just talking about Italians, who’re obviously best placed to know where to go in Italy, there are plenty of other Europeans who know and love these regions too. But you read and hear less about them here in the UK. And these areas are certainly less travelled, infrastructure is a bit rawer in places and you might encounter the kind of charms I experienced travelling though Italy in the 70s – things like transport running entirely off timetable, buses making unscheduled stops to help people and roads rife with Vespas. But for me that’s part of la dolce vita!

Why have we not all heard of Calabria? Its beaches are pristine; the weather is mild in winter and hot and sunny in summer; the countryside is spectacular and littered with impressive Greek and Byzantine ruins, charming hilltop towns and friendly fishing villages. Its museums await, stuffed with local finds and a couple of hauls from ancient shipwrecks, as do its national parks and picturesque coastline. If this region’s tourist infrastructure is underdeveloped it’s probably because of its seismic activity, Mafia activity and history of poverty, but these things have helped shape this region’s distinct culture. And if you’re looking for the old Italy of crazy Vespa drivers and charm over substance, then this pocket is for you. 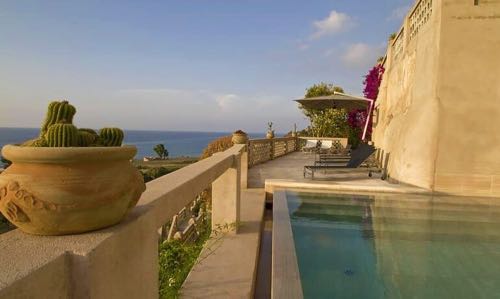 The Villa Paola is stunning – an 11 room hotel converted from a convent built in the 16th century. The views are stupendous, the terraced garden is a dream and the decor is modern, classic and classy. You’re just ten minutes from the closest beach and perfectly located for exploring the rich heritage and charm of Tropea.  Rooms start from around €165 per night.

Practical Details: The closest airport to Tropea is Lamezia Terme on the west coast of Calabria. You can fly there direct from Stansted and Gatwick. You can also arrive in Calabria at Reggio Calabria which you can reach from Heathrow or Gatwick via Milan or Rome, or you might find it easier to fly into Naples. Summer is the most popular time to visit southern Italy. Tropea expects average maximum temperatures of just under 30°C during July and August, but you can expect plenty of sunshine and maximum average daily temperatures of above 20°C from May though October.

Basilicata’s tragically priceless position on the ancient Roman road, directly between Rome and its Byzantine empire, meant a forest of fortresses were built into the region’s hillsides and cliffs. These were invaded and plundered repeatedly until the unification of Italy in 1861, when Basilicata became a bit politically irrelevant, and this region of dark woods and high mountains became a place where superstition flourished. Today the mountains, the Lucanian Apennines, are well loved by hikers and the gentle hills of the rural north are loved by foodies for their bounty. Beautiful Matera and its cave dwellings are so well built into its ravine that it looks organically formed, and the region’s dramatic history means a wealth of sites to uncover and museums to explore. 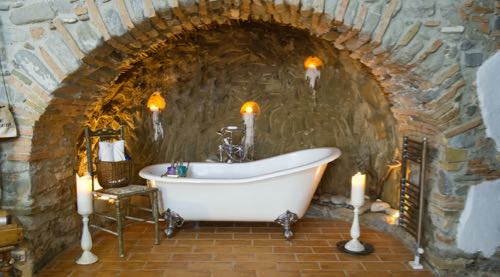 The Orangery Retreat, in off the beaten track Tursi, has just two separate apartments, both carefully renovated to make the most of their original features and provide a comfortable, intimate stay. The bathrooms are indulgent, the kitchens well stocked and there are lovely terraces. This is designed to be a place to come to escape and relax. To walk, to eat well and let the surrounding countryside work its magic.  Rooms start from around €125 per night. 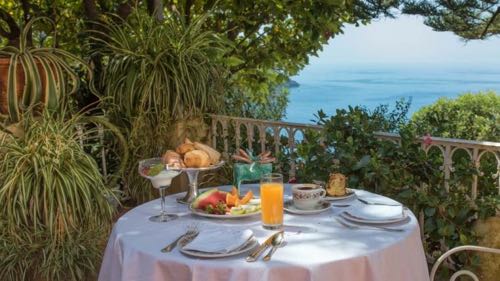 Where to Stay for the Beach?

The Villa Cheta is an elegant rose and cream stucco villa built in the 19th century. It overlooks the sparkling Mediterranean and its own pretty tiered gardens. And it is just outside the beach resort of Maratea – which most people agree is like the Amalfi Coast but without the crowds. The villa has 23 charming, genteel rooms in the Art Nouveau style, and a friendly bar. The hotel’s private pebbly beach sits at the bottom of a wooded slope, but if you’d prefer sand they have a mini-bus to take you to a local beach and Maratea. Rooms start from around €109 per nigh B&B.

Practical Details: Basilicata doesn’t have any airports of its own, so if you’re coming by plane you’ll have to travel via Naples https://www.thehotelguru.com/best-hotels-in/italy/naples, Bari or Lamezia Terme airports. Basilicata is most popular during summer.

The fertile countryside of Italy’s heel, Puglia is largely flat and characterised by ancient olive trees with huge, gnarled trunks, rich red soil, fields planted with tomatoes and artichokes, dry stone walls and a sense of endless space and far-reaching horizons. Being long and narrow, nowhere is too far from the sea, and if you choose to stay in a location somewhere in the middle of the Salento peninsula, you can reach the splendid beaches of both the Adriatic and the Ionian coasts, as well as the area’s historic towns, within a matter of about 20 minutes. Although Puglia is becoming more and more popular every year there are still pockets of rural bliss, and atmospheric towns and villages surrounded by olive or citrus groves. 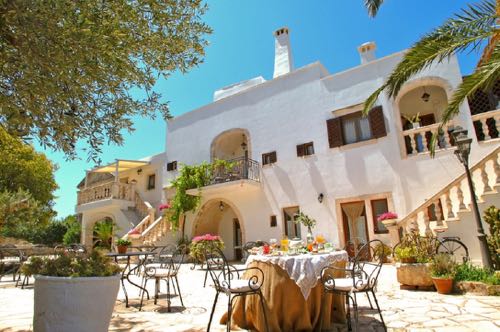 Surrounded by the beautiful Apulian countryside, the Masseria Salinola was built as a farmhouse in the 16th century, but it’s a very grand farmhouse, and has been beautifully refurbished. Though it does still produce its own olive oil. There are just ten rooms, charmingly decorated with antiques and great ‘finds’ from the region collected by the family who have owned and run this hotel for generations. The food is excellent and they offer complimentary bikes. This is Italian hospitality at its best. Rooms start from around €154 per night including breakfast.

Practical Details: Puglia’s two airports, in Bari and Brindisi, are both served by Alitalia, or you can fly with British Airways out of Gatwick. Interestingly, Puglia gets quite a bit of rain during summer, with June being the driest month and rainfall increasing from there. That said, temperatures are still very pleasant in October and it’s becoming drier again, so this region might be best visited during spring or autumn.

The Aeolian Islands look as if they’ve been cast off the coast of Sicily and scattered by the wind. Brimming with variety, some of the islands boast of the beauty of their beaches, some of their active volcanoes and sulphurous mud, some of their ancient treasures or lush interiors, and some promise scenic island views and the opportunity to relax.

Set on a beautiful peninsula on Panarea, the Hotel Raya is a sophisticated, 31 room hotel with spectacular views – especially from its rooftop restaurant, known for its candlelit suppers. The hotel offers a range of accommodation from chic rooms and suites to a private villa – and most of the rooms come with a private terrace or balcony.  This is an exclusive feeling hotel with great facilities, but reasonable prices – rooms start from around €150 per night.

Practical Details:  There’s no airport in the Aeolian Islands, the closest airport is Catania Airport on Sicily. From there it’s a ferry – or helicopter, depending on where you’re staying. The Aeolian Islands have a typically Mediterranean climate, with mild winters and warm, sunny summers. The best time to visit, weather-wise, is between June and August, when you can expect average daily temperatures between 25-30°C, but September and October are still lovely.