Steel yourself ladies - the World Cup is coming! - Annabel & Grace 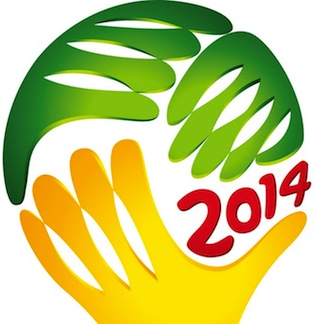 None of the CountryWives’ husbands are usually that interested in football. But when it’s World Cup time….talk about Jekyll and Hyde – you’d barely recognise them. Suddenly they become couch potatoes, glued to the plasma screen and, rather oddly, they seem to become instant experts on the beautiful game.

So, be warned, don’t expect your man to be available from 12 June to 13 July. To be fair, we all end up wanting to watch the England games and we all become super patriotic if we (amazingly) reach the quarter finals. It seems as if the whole world is already getting excited and so with less than 20 days to go until the event kicks off (LOL), football wives everywhere are preparing for a month of single life! Not really… but it can feel that way, as the event inspires obsession like few others on the planet. Husbands have been known to more or less stare vacantly at the TV for weeks, to the exclusion of everything else. 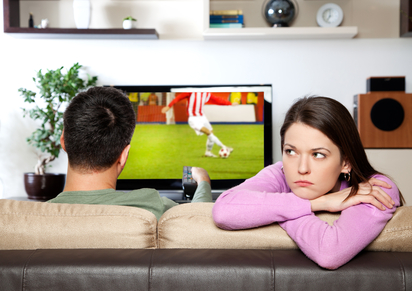 So, after polling a few friends and remembering the 2010 World Cup in South Africa (which I quite enjoyed from afar), we’ve put together some tips on how to try and enjoy this unmissable event as a “football wife.”

The first thing we’d recommend, is to set up any sort of family and friends tournament game – perhaps a sweepstake. Or keep a list of who makes the best score predictions. This gives everyone a way to enjoy the action, even if you don’t want to sit through each and every one of the 64 matches.

Next, we’d recommend finding out a little about which teams are playing and which are expected to do well. This limited knowledge should see you through and mean you are not totally lost when your husband inevitably starts blabbering about this or that outcome. A quick and easy way is to bookmark World Cup bets at Betfair. How else are you going to know that Costa Rica is no pushover for England, or that Bosnia & Herzegovina can apparently score a lot of goals? (These are great nuggets of information to have on hand next month.)

The only real hope you have of dragging everyone away from the football is to get Brazilian. Not a Brazilian necessarily, although come to think of it that could easily get your man’s attention. We were thinking more of preparing a few Brazilian national dishes and drinks. This doesn’t mean turning every night into a Brazilian carnival, but it just so happens that the host nation is home to a number of awesome dishes and even more awesome cocktails. Making a few of these can help you to get into the festive World Cup mood a bit without having to glue yourself to matches, and your man will certainly enjoy it as well.

And our last, all-important, sanity-preserving tip: if you don’t already have a DVR, Sky+ or TiVo device, make the investment. It might seem like a slippery slope to more TV time in the future (okay, it is exactly that), but providing your football-crazy man with the ability to pause and record matches means the World Cup doesn’t have to completely disrupt your usual routine of domestic bliss!