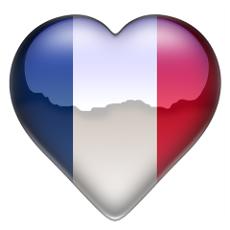 C’est une semaine francaise pour les CountryWives. Annabel has been relaxing by the lake in Annecy, Louloulapomme has returned to the Midi-Pyrenees after a ten day marathon trip to see relatives and friends (of which I am delighted to say a visit to us was on their exhaustive and exhausting itinerary) and Husband and I popped (on the spur of the moment) to Antibes last weekend.

Not that we are in the habit of jetting off on a whim you understand, but that’s exactly what we decided to do. Our son has been working in Antibes for the last couple of months and was about to travel to Montenegro, so we thought it would be a great opportunity to see him before he went further afield.

I phoned Marvellous-Mother-In-Law at 10am on Wednesday to see if she wanted to Squeezyjet off to South of France with us to see her grandson. She’s no slouch so by 10.03am I was online and booking the flights. We agreed that there was to be no humming and haaaing, just grabbing an opportunity and going with it. Rather like that film where the chap only says “yes” and has all sorts of adventures.

Mind you, as we were boarding the plane I realised it would have been a lot cheaper to have asked Son to come to UK, rather than three of us going to him. But this way round we got to have more fun. We giggled, we drank beaucoup du vin, we had uninterrupted views of the azure sea from our (great value) hotel rooms, the hire car was more capacious than expected and – most important of all – Son was tanned, very happy and up for some big hugs.

The Cannes film festival was in full swing so we avoided that part of the coast and headed up into the hills instead for a (very) long lunch at a beautiful restaurant with an even more beautiful views across the Med.  In the mornings we walked to a nearby cafe to be served coffee and croissants by a bad tempered waitress (dontcha just love that about the French),  then visited a couple of medieval villages, generally soaking up the Gallic atmosphere. After a wonderful couple of days, I have fallen in love with all things French again. With the possible exception of the bad tempered waitress and speaking their lingo that is. Husband speaks very passable French, I only stutter out a few words of franglais. I remember asking Louloulapomme how she has managed living in a French speaking community over the last few years – “I only speak in the present tense” was her reply (God she makes me laugh, she is soooo funny). 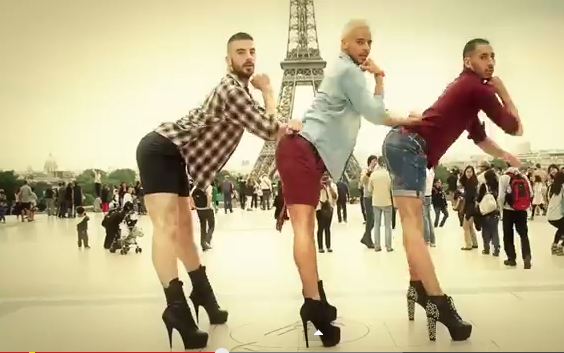 That isn’t the only thing she and I have in common – we are both raving about the French Men in Heels – or Arnaud, Mehdi and Yanis as they call themselves (surely they need a sharper name than that to go with those stilettos?).  Check them out on this video. I bet Simon Cowell is praying that these non-Brits don’t win… what with last year’s winners of Britain’s Got Talent coming from Hungary and all. Teeny bit embarrassing. Did you know the BGT winner not only performs at the Royal Variety but wins a cool £250,000? Anyhow, if you are really stuck for something to watch at the weekend, the final is on Saturday 7 June on ITV from 7 – 9.30pm. Bon chance.