3 Thrillers and a gentle comedy to keep you entertained / CountryWives

This foul weather has meant that OH and I are compelled to watch a lot of TV but luckily there are so many good programmes to view. I am back on the thrillers though sometimes I do like a break from heart-racing drama. So I have balanced it with a light-hearted French drama that will make you smile.

Did you watch Fugitives series 1 from Walter Present? If you enjoyed that then you are going to enjoy FUGITIVES series 2, the return of South America’s hottest crime thriller. Following three men whose lives are turned upside down when a drug deal goes drastically wrong, the fast-moving plot is utterly addictive. 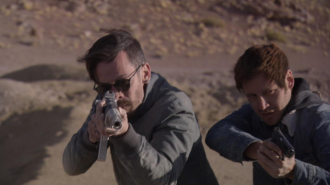 Fugitives series 2 sees the scene shift to the beautiful deserts of northern Chile, where Laura Ferragut is hatching a new clandestine scheme. She also has a new partner-in-crime, who is all too familiar to Vincente. However, when two of the Fugitives make an appearance, having broken out of prison, all the plans are thrown into confusion and this new band of convicts are forced to go back on the run. Once again, their lives are at stake as they are pursued by both rivals and the Government, who appear to be increasingly involved in their complex web of corruption.

The first series was nominated for an Emmy for best drama series. Series 2 started on All 4 on 6th April but you can catch up.

The new series, again from Walter Presents, is called LIFELINE. A compelling medical thriller from the makers of the huge Spanish international hit series Locked Up is set to get hearts racing. Based on the widely-debated medical phenomenon of organ transplant memory, this series tempers poignant themes of morality and justice with hair-raising adrenaline and action. I have just watched the first episode and it is compelling. It starts with a naked man being chased so that’s enough to get you interested!! The series starts on Sunday, 15th April on All 4.

Again from Walter Presents the series, ROUGH JUSTICE which is available on All4. It is about a straight-talking Superintendent, Liese Meerhout, who leads the homicide division of Antwerp’s police force. She goes to great lengths to ensure justice is served in this moody Belgian detective drama.

If you want to watch something that’s a slower page, then how about the French series, CALL MY AGENT, on Netflix. Each episode features real-life stars such as Cécile de France and Nathalie Baye playing heightened versions of themselves, while the (fictional) agents and their harried assistants try to juggle their own complicated love lives as well as the survival of their company, threatened by a hostile takeover and a zealous tax inspector. Much of the humour derives from boldface names making fun of their own public images, although the character-driven show is funny even if you’re not familiar with French celebrities. Refreshingly, the agents often fight for art over money, and mostly collaborate rather than indulge in back-stabbing. It is fun and the humour is gentle which makes it a good series to watch in-between all the brilliant thrillers currently on TV.