'Til death do us part - Annabel & Grace 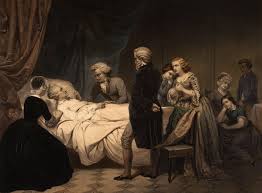 No-one tells you how to handle the act of watching a death happen when you are the next of kin. There are no books or are there? Unlike birth it is not an event that you want to prepare for. Giving birth is a happy, joyous occasion and everyone likes to share their experiences but ‘giving death’ is not such a popular topic of conversation.

I am currently sitting by the bedside of my mother who is in a care home suffering from cancer and dementia. It is the cancer that has finally taken over though the dementia is not making the final stages of her life any easier. I received the dreaded penultimate phone-call on Tuesday saying that, in their opinion, my mother was entering her last 72 hours and to prepare myself. But how do I prepare? What exactly do they mean? Do they want me to get all my crying done now so I can be stoic at the end, clear my diary, buy snack food as it is going to be a long haul.

More importantly does my mother want me by her bedside 24/7 waiting for her to die, does she find it comforting, does she want to be left in peace to slip away with a minimum of fuss. In this modern age we are all so concerned that we do the right thing but what is that? My 3 youngest children offered to give their weekend up at a Festival in Barcelona but I said no. They have all visited their grandmother in the last couple of weeks and she wouldn’t want them to see her now – that much I do know.

The nurses are very kind and seem to expect me to be there as they give me jobs to do i.e. to get involved with my mother’s care and I am happy to do them. 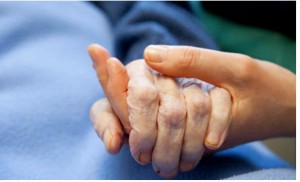 However should I stay by her side during the night? It is not something I can ask my mother, “would you like me to be with you when you breathe your last?” I remember when our first child was born my husband was asked by the obstetrician if he would like to attend the birth. Now it is expected that every father should be there, taking videos, cutting the cord, probably even sharing with the cooking and the eating of the placenta. I feel as if the question on the tip of the tongues of my mother’s nurses is, “would you like to be at the death?” And the answer is I don’t know. I know you read articles saying that it is a must do experience….who for? Nobody has been able to ask the person dying, after the event, what they would have preferred, company or solitude!

Take this a stage further, should I be asking other close family members if they want to be there? Would that make them feel inadequate if they simply do not want to see their relative/loved one die, if they just want to stay home and remember the happy times? Will they feel guilty that the responsibility is mine alone? My husband feels he should be there for me whenever he can but again, as he has lost his father when he was 7 years old, watched his own mother and sister die, is it fair to expect him to go through it all again which will obviously bring back sad memories. 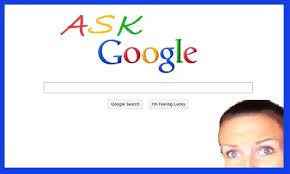 Nowadays Google solves all unanswered questions but I think this question, ‘Should I be with my mother when she dies?’ might floor even Google. I suppose it is a question I should have asked some time ago and maybe those people who leave instructions for their own funeral also say what they want on their death-bed. However again how does anyone know what they will feel like when they die? Asking this question is hardly on a par with what hymns do you want sung at your funeral. When I am sick I want to be left alone and for my family to pop their head around the door every now and then with an offer of a cup of tea however this is hardly the same since the end result is not even comparable. I think my mother knows she is not going to recover and yet she still has her sense of humour. Yesterday she made the nurses laugh when she heard a concert going on in the resident’s lounge and said, “thank goodness I am too ill and have missed that b***** awful music”, and it was pretty awful!

There are no bench marks, no accepted protocol so I am going to muddle along, be there by her side when she does occasionally wake up and talk to her for those few snatched seconds, make sure she is as calm and peaceful as she can be, let her know that I am there throughout the day but in the evening leave her to sleep and if she slips away during the night I can only hope that I have done the right thing and that she never felt alone on her final journey.