April was an important month to me. I was really banking my hopes on my native compatriots to vote on the progressive Turkey rather than choosing the oppression and regression. They did not let me down. If it was not for the election shenanigans, Turkey would already be on the mend. Hélas…. as the French would say.

Why did this depress me so much? After all 44 years of my life – the majority- has been spent abroad. I am not one of these who goes back to Turkey at every opportunity. During some periods of my life, there were gaps of two, even three years when I did not set foot in my country. There are other places in the world where the sun shines in the summer.

But I knew the country, as I had known it, was still there with its long lazy summer days, fun loving people, hospitable kind peasants who wore beautiful, colourful clothes and hand-embroidered headscarves. 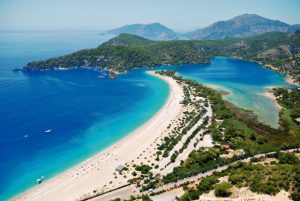 Oh yes it looked like a building site, especially the south where I went, but people were free to do as they saw fit. They wore what they wanted, ate and drank what they wanted. It was relaxed, fun, easy going. Each day resembled the previous one during our holidays in August. A month would fly by while we lounged from one chaise-longue to the other in the search of shade under the fig trees. The crickets never ceased their song and to me that was, and still is, the sound of summer.

It is not to say that now, we can’t enjoy ourselves. We can but there is a heavy, subdued atmosphere in the air. I felt it when I spent three days there last June. 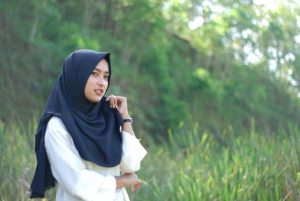 Personally I cannot bear to see headscarves. There! I said it. Personal freedom or not, to me this is a mockery of faith. I am sure if this was written in the Holy Book, 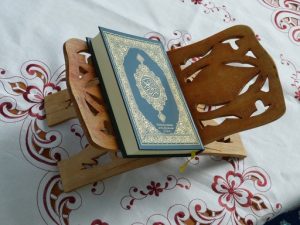 tight jeans, cropped tops, false eyelashes etc, if they had been available at the time, would also be banned in it. So come on don’t hide under your covered head whilst you flirt openly with the boy next door.

I still remember Saudi ladies changing from their black burkas to sexy European clothes on the plane from Jeddah to London. Those poor souls have only just been given permission to drive. Permission that was granted to them by men! I don’t have a clue why some Turkish women want to give the rights, given to them by Ataturk, back to menfolk. Fear? Bribes? Sheer ignorance and stupidity?

When I was growing up in my polyglot, posh – and yes I admit that too – household, it was my mother who taught me how to say two prayers in Arabic and explained the basic facts of my religion, Islam. I have learned that my belief was between Allah and myself. We ate pork, drank alcohol but visited our deceased grandparents and paid our respects to the living ones during the religious feasts. We offered lokum (Turkish delight) and money to the less fortunate who rang our door bell on these days. We were kind and welcoming. We did not fast during Ramadan but nobody batted an eyelid. Those two prayers came in handy by the way, when years later in Saudi Arabia I was asked to recite them by a few police officers who took great pleasure in listening to me. During the process of my USA Green Card application I had to give fingerprints and went to the police station. Not an experience that I would like to repeat, ever!

I feel all this is changing. People are judging each other, making comments about heaven and hell. Can someone who has visited either of these and come back tell us what it was like? Everywhere in the world people’s beliefs and way of life are being questioned. One would have thought with 24/7 access to information, people would have become more enlightened, tolerant, accepting. Sadly lack of education seems to have created a mass of two-legged animals who are ready to be brainwashed.

But, as ever, I am an optimistic, hopeful human being. Maybe the world has to go through all these unpleasantries before emerging more enlightened on the other side.