Les Vacances come and go, much anticipation and preparation, relaxing times and then home to all those problems that you put on a back burner for a while, but entirely necessary to re-charge the batteries! 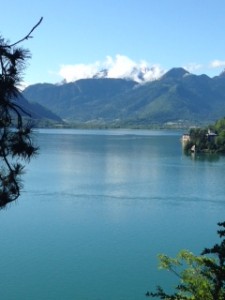 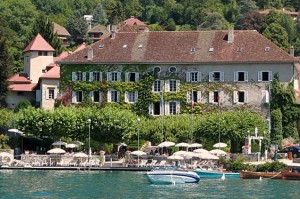 Annecy in France, just south of Geneva, where the weather was well-behaved, the food and wine exceptional and the French were welcoming in the main, though we did have a couple of incidents where they were a little snooty when we came to book a table in a Michelin starred restaurant however we scrubbed up well, behaved impeccably and were not banished to the table behind the pillar.

We feel invigorated and refreshed, though suffering a little from a food coma with plans to return to this idyllic village. In the hotel we had to introduce them to the idea of room service and on the first couple of days the kitchens were not open which we were not told when booking. It made no difference and we still loved every minute of our stay! 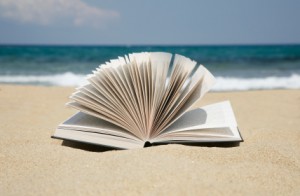 We read enormous piles of books because French television was so bad – no satellite. They only showed one English speaking channel, BBC World News, and there was not an English paper to be had anywhere in the small village. However wifi worked in some of the hotel rooms which was perfect as it did not work in our bedroom!! The only other issue we had was the French way of driving which as a foreigner is intimidating particularly on the hair-pin bends around the lake as they take them at high speed and not always remaining on their side of the road so you are left feeling like you are in the Monaco Grand Prix.

I think the French have got the pace of life just right, everything takes a little longer, their meals are eaten slowly with just as much emphasis on the social side as the food and wine. We 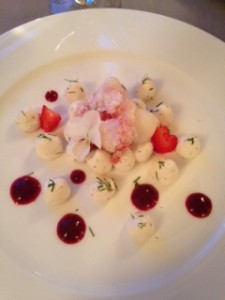 may only be separated by a few miles of water but we are as different as chalk and le fromage. They regard us with humour and lacking in sophistication whilst we think they are arrogant (even though we are the ones who expect them to speak our language), lacking in morality and stuck in a time warp but a rather nice one that we, if we are honest, are jealous of. Christian Roudaut, a journalist, summed up what the French feel towards us rather well: “Most of the French feel neither burning animosity nor deep affection toward the British.” They don’t understand our self-deprecating humour, but they love “Monty Peeton”, think we dress rather badly and certainly do not know how to cook. I may agree with the last point.

All I know is I love to visit and holiday in France which, in my opinion, is one of the most beautiful countries in Europe but would only ask could they please put up a few more barriers on their mountain roads!