Sassy has an unexpected guest / Annabel and Grace at CW 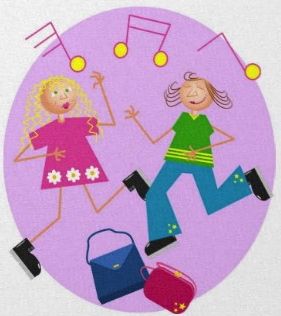 So… the job is going well – loving it and we survived the festivals – in fact we had a riot! The sun shone for everyone so we were truly blessed – great music, some fairly dodgy food and much fun! We also managed over the last couple of weeks to go “clubbing” which was pretty much as dreadful as I remember it was many many many years ago. Not quite dancing around the handbags while the men stood around leering, but to be honest not far off.  BFF came home with a couple of numbers (no surprise – she is gorgeous), I came home exhausted and slightly deaf. Not an experience I would wish to repeat any time soon. I have a house moving date – am counting down the weeks – and have booked myself a holiday, solo travel and I can’t wait!

Have seen a great deal of my children in the run up of going back to school which I have loved so much – they are great company and I cannot wait until I have them so much more. It is going to be tables reversed when EH is rattling around in the marital home on his own.

However, going to pick up eldest last weekend from a party was a bit more than I had bargained for. Yes yes still more 18th birthdays. We had planned that my son was going to get a taxi home and he had promised not to drink too much as he was taking a weekend lifeguard course. However, when I tried to contact him after midnight (concerned he would suffer from lack of sleep) I discovered he hadn’t booked a taxi so I offered to collect him. It really is only ten minutes down the road and, as I hadn’t been drinking (yes unusual I know), I did what I’m sure we’ve all done and went out in my nightie fleece and flip flops hoping to pull up outside and that he’d jump in and we’d drive off. I have been known to do the school run in such attire in emergencies when I’ve overslept! 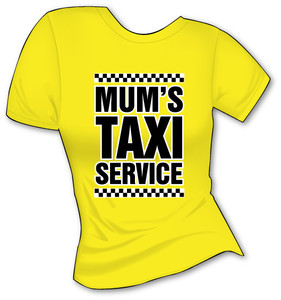 Anyway I got there and, after several texts, he still hadn’t appeared. Then there was a knock on my car window – it was the father (and pretty dishy he was too) asking who I was collecting. The next thing I knew,  about six people appeared, one of whom is almost unconscious – I was delighted to see that this was NOT my son – however it was his best friend. “I’m sorry Mum” he says “but he was passed out in the garden and I can’t just leave him. Is it OK?”  Of course it was but I have the teensiest car in the world – it does have what can loosely be described as a back seat but it’s only any good if you are under two years old and certainly isn’t if you are 6′ 2″ as my son is. So he had to fold himself in half like a contortionist as we manhandled the other boy into the front of the car.  After being seen in all my glory in my little nightie I was more than happy to leave. We drove back fairly slowly with all windows open (with me regretting my recent full valet and praying that the bucket wouldn’t be used.  It wasn’t until we pulled up outside and opened the door that he heaved into the gutter.  I live in a cul-de-sac and I swear I could hear each chunder echo around me. But I was really touched by my son’s concern – in a gesture akin to a girlfriend holding back your hair, he guarded his friend’s watch and mobile phone from the projectile vomiting. Anyway, the two of us then had to get him out of the car, in the front door and up the stairs. The phrase ‘dead weight’ had never seemed more apt. We threw him on the spare bed, removed his shoes removed and left a towel, bucket and a pint of water nearby. Within minutes was snoring loudly. I got a patchy night’s sleep concerned for our guest but am woken early to take son off to learn to save lives. And I am immensely proud of him. When our guest surfaced, I pointed him to the shower, gave him fresh clothes, tea and toast and drove him home.  Sometimes Mum’s taxi is not just for your own.