Psychological thrillers are the genre of the moment, so much so that I occasionally find myself longing for something different. But then one comes along with a bit more meat on the bones. I have just consumed a preview copy of Valentina by S. E. Lynes, a debut novel due to be released on 1 July. It sucked me in with its first-person ‘voice’ and the dark hints about where the story was headed. 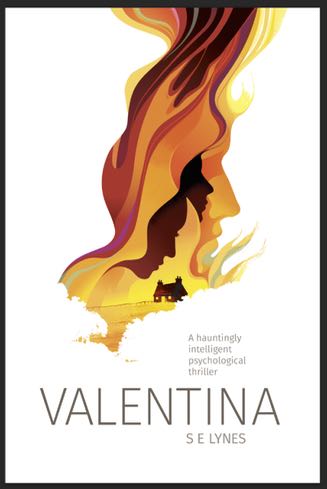 The book begins with a couple and baby setting up their new life in the rural hinterlands of Aberdeen. Loneliness soon sets in for Shona – the ‘girl from Govan’ and the narrator of the story – when her partner Mikey spends two weeks out of four on an oil rig offshore. Shona’s sanity is saved by a growing friendship with the eponymous Valentina, a tough-talking hippy chick from Oz, whom she happens to meet by chance. The relationship between these two women becomes the central dynamic in the book as they gradually learn more about each other.

The narrative, told mostly from Shona’s viewpoint, is also layered with flashbacks to a house fire; literary vignettes that introduce an element of menace. The novel is well plotted with plenty of allusions to some intrigue or deceit being practised on Shona. Right from the start, we get the impression that this will not be a happy story. For the sake of suspense, Shona doesn’t immediately pick up on these clues, though clearly the reader is meant to. Part of the tension in the novel is waiting for the scales to fall from Shona’s eyes.

Valentina is a study of different realities – perceived and otherwise. Because of Shona’s gullibility, S. E. Lynes manages to stipple her narrative with dramatic irony – no mean feat when writing in the first person. Her technique reminded me a little of Jane Austen – the master of irony – although Lynes doesn’t always handle her material with Austen’s deftness of touch.

There is also some beautiful imagery – the phrase “like shears sharpening against a blade, came the jealous scream of the gulls” creates spine-tingling atmosphere. It comes as no surprise that S. E. Lynes teaches creative writing in her spare time.

The novel builds to a satisfying showdown, although the actual climax of the story feels a little protracted. Despite this, it is a gripping read, rich with evocative language, robust characters and emotional depth. Look out for Valentina when it publishes in July – it would make a great holiday read! Available to pre-order from Amazon (paperback £8.99 and Kindle version 99p).