This last month we have been without a Sky Box so we have been watching TV via the internet – not an altogether successful pastime. There are few ad intervals but many Buffering breaks! However our best and favourite option was clicking on to the All 4 app and watching the Walter Presents box series. Walter Presents has a very solid track record of delivering the best in European programming that UK audiences may have missed over the years. They may be renowned for their Nordic Noir or Scandelcious series however our first choice of viewing was: 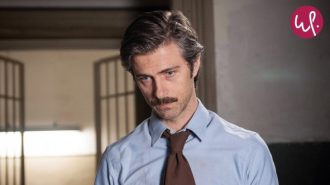 MALTESE: THE MAFIA DETECTIVE – this did not disappoint and was charming, if a Mafia thriller can be described thus. It delivers a classic and vintage feel with its 1970s setting and strong casting alongside an intriguing and emotionally involved storyline that makes it stand out from the others. The show has a real classic Italian vibe to it with the fashion and moustaches and the gorgeous scenery and leading man, Dario Maltese (played expertly by Kim Rossi Stuart). This was a most enjoyable series and so different from the other Walter Presents series. 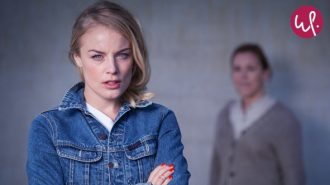 REBECKA MARTINNSON: ARCTIC MURDERS – Dark drama from Sweden based on Asa Larsson’s celebrated crime novels. High-flying lawyer Rebecka Martinsson leaves Stockholm for her hometown in icy Kiruna when her childhood friend dies. This is not up to The Killing or The Bridge however it has something that grips you. The setting is Kurravaara and apparently you can’t go much further north in Sweden. On a similar latitude to Tromsø and Murmansk, the locality is very aware of its marketing potential. “If you just put Arctic in front of it you can rent out any outhouse,” said Rebecka’s kindly former neighbour, who alerted her to the death of the local pastor Mildred Nilsson. The forests and lakes look ravishing under cloudless skies, but even in summer it’s nippy, necessitating, by the end of the episode, a comely jumper for Rebecka. I was not gripped by this Walter Presents series but my OH was and that could have been something to do with the beautiful Rebecka Martinsson played by Ida Engvol! 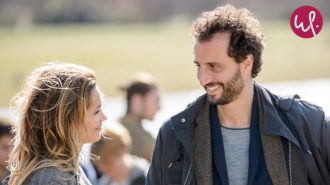 VANISHED BY THE LAKE – this is Broadchurch in France! And in true French style, the cast and scenery are all very beautiful, particularly Barbara Schulz, as the seductively scruffy Lise Stocker, a detective from Paris who arrives in town with everything she needs except, apparently, a hairbrush. So we have a beautiful waterside location. A weary-looking detective who arrives mysteriously from the metropolis with ghosts in their closet. A small village where everyone knows everyone and yet is still a vipers’ nest of secrets. A missing teenager, increasingly presumed dead. A family ripped apart by growing suspicions. It has the makings of an up-market French Midsomer Murders however intriguingly you are mesmerised, maybe it is the turquoise waters of the lake at Sainte-Croix which have to be more alluring than the English Channel in Broadchurch. However no-one can beat Olivia Colman as a detective however gorgeous Madamemoiselle Shulz is.

That should keep you going if you are missing your Sky Box as we were (Health and Safety stopped them installing the new dish on our flat, first floor roof even though they had installed the original one!). We are finally wired up to SkyQ and spent the first evening trying to work out the new remote and quite missed our simpler time of box sets and listening to the play on BBC Radio 4 to go to sleep.

Have a read of The Page Turner’s book review: