The Widow by Fiona Barton / CountryWives 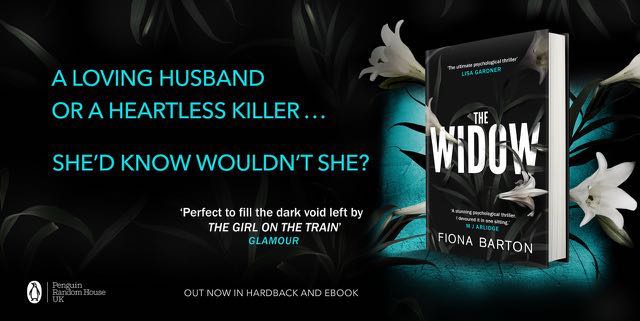 I was recommended this book, The Widow by Fiona Barton, by a journalist friend – I think she knew the author as she too was once a journalist. However I later found out that my friend had never finished the book as she got bored. I believe this is an unfair criticism as I did finish it and in actual fact think that the enjoyment is that there is a completion to a story that we have all watched, many times, played out in the media – a child goes missing. That is the core of the story but it then follows that the police find a suspect and try to twist the facts to match their gut feeling and in so doing focus the majority of their manpower on Glen Taylor, an unlikeable character. Meanwhile his naive and unsuspecting young wife, Jeanie, is swept up into the ensuing unpleasant fallout that this story brings with it.

I suppose we have all imagined a time when there is a knock on the door from the police and you hear something from them that you don’t want to hear – maybe the death of a loved one, a criminal activity of a member of your family or, as in this story, the sordid pastimes of Jeanie’s husband on the internet and their suspicion that he has been involved in a despicable crime. The part of not knowing what your husband/partner gets up to in his spare time, in particular what sites he visits on the internet, is totally believable. I asked my friends about this and they all said that they would and do not know what their partners get up to or what sites they visit on their laptops, tablets or mobiles.

In this case once Jeanie finds out what her husband, Glen, likes doing she goes through the various stages of disbelief and then self-blame before the eventual dislike and loathing sets in. Would I be like that? If my husband was accused of being a heartless killer who visited porn sites I think I might be as I would not be able to believe that he was capable of such a crime and, until he was found guilty, I would believe he was innocent. As for his secret life online I would not want others to know that my husband was a pervert and I would also take some of the blame for not satisfying him enough so that he had to seek his thrills elsewhere. Of course the reality is that you can never keep such a secret and the world eventually finds out and your life would become hell as everything would fall apart. People used to say, in an attempt to console, that ‘today’s newspaper is tomorrow’s fish and chip paper’ but now with the internet this is no longer true as it is always available for people to find.

As the story unravels and the media invade Glen and Jean Taylor’s life the book then looks at how these door-stepping journalists behave when they want to get the inside story and how they hound their prey, court them with lies as they win their trust, and finally how the trust is eventually betrayed as the story is de-humanised because it all comes down to selling newspapers and how the truth can be twisted to feed the readers’ worst fantasies.

Fiona Barton obviously understands this world of journalism and I feel is honest in her description whilst also understanding the pressure on journalists to produce the story that editors want and the ends they will go to to achieve this. Of course we have all seen this most recently played out in our own courts as journalists and police have been made to account for unscrupulous and immoral behaviour, hacking of phones etc, to get their story to bring a well-known human being down.

The only issue I had with the book is that the mother, Dawn, of the missing child, Bella, is not a particularly likeable character and you do not feel that heart-wrenching feeling of a mother separated from her child. Also I would have liked more to have been written about Bella to, again, give her a more tangible character rather than just the ‘missing 2 year old’. The author obviously feels more comfortable writing about the journalists and police which is presumably because she has first-hand experience of this so that side of the story is very revealing and believable.

The Widow by Fiona Barton is a debut novel and is a good read that I would recommend; it is not clouded by endless other story lines but is a simple story about a tragic event that happens, sadly, all too often, and how it affects the people involved who have all never dealt before with being in the media spotlight.