How about some winter sunshine before/after Christmas? / CountryWives 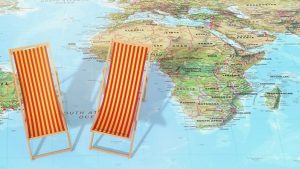 For those of you who don’t share my ability to blank out everything but the simple joys and pleasures of Christmas, and I know there are many of you – I know a lot of you personally – here is my olive branch. How about some winter sunshine before/after Christmas?  In the form of a selection of great places you might like to escape to before, or after, C-Day, where you can find some winter warmth and a lack of fuss and bustle.  And even if you get the whiff of a mince pie, you’ll certainly not be expected to bake anything.

Magical Marrakech offers more than a touch of exoticism and romance, with its old souks, fascinating Medina, and ancient buildings.  Very accessible from Europe, this city has been a huge trading hub for as long as it can remember.  A place desert caravans converged upon, bringing in wonders from all over Morocco and the world beyond, into the frenetic streets and colourful alleyways. The flavours of the spices, and recipes, brought in off the desert, are one kind of wonder, and one of the reasons Marrakech is heaven for foodies.  Plus, it’s still pretty sunny and warm during winter. 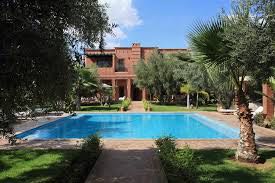 Dar Layyina is a charming, boutique hotel just 15minutes from the heart of Marrakech. Peaceful and traditional, you’ll still find all the mod cons here, and the best thing about it is that you’re in the thick of this busy, exciting city, but your hotel feels like it’s in the country. There are five suites and one junior suite and there’s a definite home-from-home atmosphere.  Prices start from less than £60 per night, depending on when you’re travelling.  The Hotel Guru also has an exclusive offer which includes airport transfers, a welcome drink and a room upgrade.

Practical Details: During winter Marrakech-Menara has direct flights from several UK airports, including Gatwick, Luton and Stansted. Direct flights take under four hours from London. Transfers from the airport are best arranged through your hotel or riad if you don’t know the city well. During winter Marrakech has daytime temperatures ranging from 19°C to 21°C, but it often drops to between 6°C and 8°C at night. You can still expect seven or eight hours of sunshine a day.

“La isla bonita” La Palma or the beautiful island, is the lushest and greenest Canary Island. Unlike the other Canaries, La Palma’s economy isn’t tied to tourism: it’s a fertile place and farming conditions are good. However, most of its wild forests and greenery languish over on the northern side, while La Palma’s south is so volcanic and dry it’s lunar-like. So it’s a fantastically varied place to visit. And a sunny one. With some spectacular beaches. The 17th  century Old Town of Santa Cruz de la Palma, the main port, is surprisingly ornate and quite impressive. 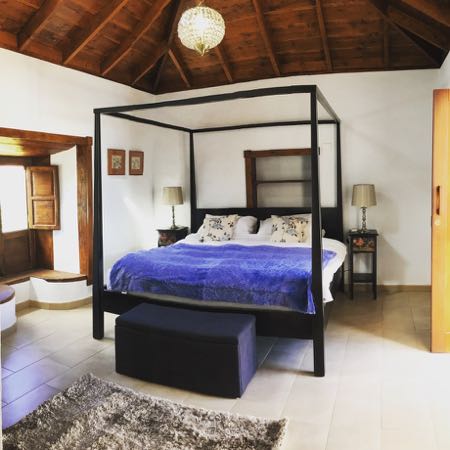 If you’re looking for a place to relax, the Hotel Olio is idyllic. Converted from the village music school, into a chic B&B, there are just three bedrooms, rich with traditional features, like exposed beams and antique tiled floors. There’s also a pretty garden with a heated pool. No children under 12. Rooms start from around £80 per night.

Practical Details: There are direct flights between Gatwick and La Palma, and you’ll find a few other links during the winter season.  The airport is just eight kilometres from Santa Cruz.  Like the other Canaries, La Palma’s warm, sunny climate is one of the reasons people visit.  During the winter months the average temperature doesn’t go below 18°C, and the coldest average low is 15°C in January.

Cyprus is the birthplace of some of the greatest travel-writing clichés of all time. But they’re hard to avoid: it really is a country of contrasts, where old meets new, where the mountains meet the sea, where east meets west and where you can ski and swim in the same day during winter. 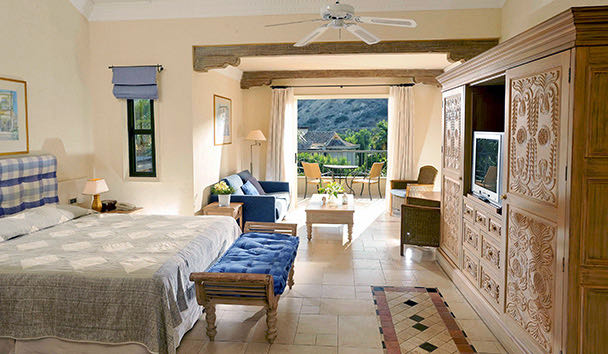 The Columbia Beach Resort on blue-flagged Pissouri Bay, is perfect if you’re looking for a winter beach-y break. The resort has beautiful suites – including family suites, an enormous pool and a private beach. There are all the facilities you’d expect from a 100 room resort, including a lovely spa, several restaurants and a kid’s club.  Rooms start from around £200 per night.

Practical Details:  You can fly direct to Larnaka from Gatwick, Heathrow, Newcastle, Manchester, Glasgow, East-Midlands and Stansted during winter.  Or you can fly to Paphos direct from Heathrow, Edinburgh, Bristol, Manchester, Luton and Gatwick.  Flying times vary from four and a quarter hours to five.  Even in mid-winter Cyprus enjoys six hours of sunshine a day, and, if you’re staying on the coast, temperatures will be in the low to mid teens.

Cake, wine and golf on Madeira?

Spectacular scenery, sunshine and warmth all year round, and of course Madeira cake AND wine, make Madeira an attractive destination.  If you want a fun, sunny winter break and prefer a rock-bottomed sea to a sandy beach, and you want to fly – but not long haul, then Madeira is for you. If you’re travelling with kids (of all ages), want a memorable, activity packed holiday, and enjoy messing around in and on the water, then Madeira is for you. Madeira is also for you if you want a relaxing spa break with a spectacular, sunny backdrop. Or if you want a walking holiday, to play golf or go big game fishing. 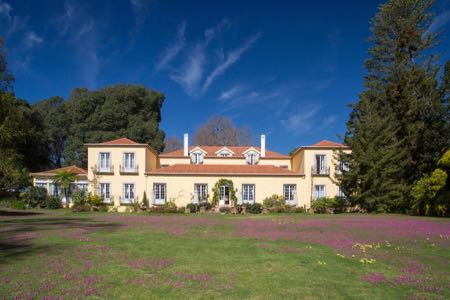 The Casa do Velha Palheiro is a beautiful country house and spa hotel right next to the golf course in Funchal. Understated and elegant, the rooms and suites are decorated in soft fabrics and pastel colours.  The restaurant is gourmet, the spa excellent and the gardens lush and beautiful.  Rooms start from around £175 per night.

Practical Details:  Just east of Funchal at Santa Cruz, Madeira Airport is the island’s only one. There are direct flights from London and other major European capitals, but if you can’t find a suitable option you might want to fly to Lisbon and change for the 90 minute TAP flight, which is quite inexpensive and runs twice a day. Madeira enjoys at least six hours of sunshine, even in the dead of winter, and you can expect daytime temperatures of around 20°C.

The Maltese archipelago occupies a strategic spot in the Mediterranean Sea between North Africa and Sicily. And Malta’s history is a tale of centuries of drama.  You’ll find some truly wonderful architecture, sun all year round, incredible diving and snorkelling – even during winter if you wear a wetsuit – and some lovely sandy beaches. There’s also a burgeoning cultural and festival scene.

Chapel 5 Suites is a collection of five B&B suites in a quiet part of Naxxar. The decor is colourful, with an eastern influence, and there’s a beautiful rooftop terrace where they serve breakfast. Wifi, massages and yoga classes are all complimentary.  Rooms start from around £100 per night.

Practical Details:  You can fly direct to Malta International Airport from London and Edinburgh. Flights take between three and a half and four hours. Mild winters, where temperatures are often in the high teens and rarely fall into single figures, and plenty of sunshine, are a welcome break for those of us experiencing a ‘proper’ winter…