Women of our age are coming out of the shadows / CountryWives

My post this week is less of a rant and more of a celebration of women of our age (and older). So much has been, and continues to be, said and written about women getting a rough deal. Whether in the workplace or at home. Whether through outdated tradition or sexual harassment. Women often get the thin edge of the wedge.

Before the recipient of the final BAFTA had thanked his mother (there you are – it is always the mother that gets thanked in the end) – some bright spark had totted up that 40 men had received awards, but only 8 women. Maybe men were fairly judged to be better in their categories, simply because they were. Or perhaps because they are more likely to have more time to spend toiling at their trade. Yes there’s an immediate imbalance between men and women, as the latter have to give birth and usually bring up the family before they can return to a full time career. However we sometimes get the recognition later, if a child achieves greatness and they thank their mothers. Not just because we gave birth to them, but acknowledging that we put more hours in than man’s original 2 minutes worth at conception. Generally it is the maternal influence that drives them, by telling them they can achieve anything they want to if they set their minds to it.

However it is all changing, albeit at a snail’s pace. Recently we read about Helen Morrissey, head of personal investing at Legal & General Investment Management, which manages global funds of £951bn. She has nine children, but it is her husband who stays home to look after them. He was a financial journalist but they decided he should be the house husband, giving him time, (can you believe he ever had any time with nine children?) to become a Buddhist monk. I don’t know which one I was more impressed with. I had four children and for about 20 years my head was in a permanent spin, and my body was always exhausted, so meditation was not even on the menu, let alone a full-on religious calling.

In the film industry the first and only female film director to win an Oscar was Kathryn Bigelow for The Hurt Locker. To be fair film direction was not offered as a career option when I was finishing my education, but I guess that now it is and so, in the future, I am sure that many more women will be winning awards.

When I was young it was a given that doctors were men and nurses were women because they each had the right skill set for those roles. However now there is no distinction and has not been for some time. So individual women doctors are excelling in their own fields. I had a male obstetrician and I would not have wanted a female one (which does not make any sense). However, even 28 years ago, there was only one woman practising obstetrics at the hospital I gave birth in. However all of the midwives were women. Recently I saw a female gynaecologist and she said the reason she did not practice obstetrics was because of the unpredictable hours – as a mother you do those anyway, for years on end, with your own children!

But let’s not moan as there are so many things to celebrate about being a woman of our age in 2018. Joanna Lumley is the first female presenter of the BAFTAs and she did a great job, looking absolutely fabulous in her dress. Which happened to be exactly the same as that someone much younger was wearing, but I thought they looked equally as good in different ways. She was word perfect throughout – though I did wonder where all that hair came from? Meanwhile two women of our age won best actress and best supporting actress, Frances McDormand (aged 60 yrs) and Allison Janney (aged 58 yrs). Frances did not go overboard with hair and make-up; she wore a quirky evening dress in black decorated with pink and orange lipsticks, (not full on black to support #TimesUp as she has “a little trouble with compliance”). She collected her award, gave an amusing speech which included the fact that she stood “in full solidarity” with her sisters against the myriad of sexual harassment allegations overshadowing the film and TV industry. As she walked off the stage you realised she is a force of nature. 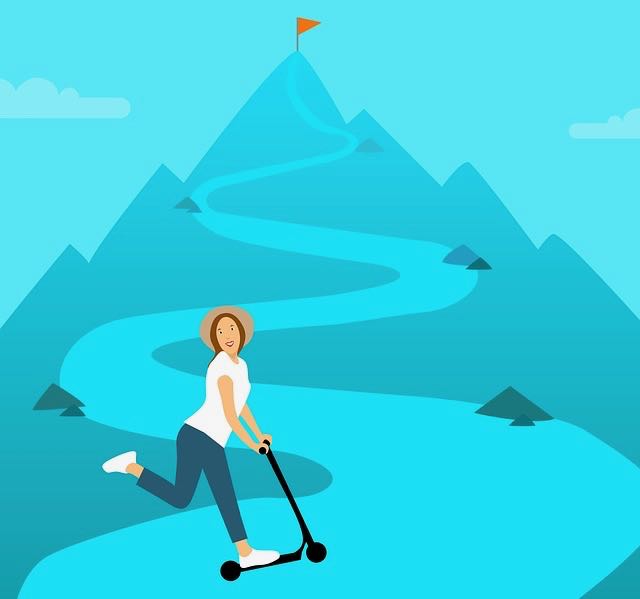 This morning I listened to a sprightly sounding woman on Woman’s Hour. Joyce Reynolds is 99 years old and is a British classicist and academic, specialising in Roman historical epigraphy. She is an honorary fellow of Newnham College, Cambridge. She has dedicated her life to the study and teaching of Classics and is still working very hard with a full weekly schedule and no sign of retiring soon.

Meanwhile this week The CountryWives reviewed a new beauty bible written by the near 70 year old, Tricia Cusden, who launched a range of make-up for older women when she turned 65. It has given her a new lease of life and she has huge plans for her next 20 years.

We have women of our age as Prime Minister (aged 60), Home Secretary (aged 54) and Chief of Police (aged 57). Women of our age have definitely arrived and we have a lot to offer the world even when we have passed the milestone of our half century.

So hopefully this is an incentive to younger women who are starting out. It can be done but be patient as success may come later in life. Your destiny is in your own hands.